Fat Jack’s Comic Crypt is one of the oldest comic book stores in Philadelphia and also one of the most popular in Center City Philadelphia. Since it’s inception in 1976, Fat Jack’s Comic Crypt has provided customers a variety of comic books from all genres including science fiction, fantasy, romance, action, and much more. Fat Jack’s also supplies apparel and accessories from many different genres for all types of customers according to their niche. Costumes from a favorite show, comic book, anime, or video game are available for customers as well for cosplay events and/or conventions. Many genres of DVDs are obtainable from people’s different niches from an entire series, seasons, etc. They have practically everything you want in the nerd society.

The audience for comic book fans are known as “nerds” or “geeks” who are into sci fi, fantasy, horror, romance, and other kinds of comic books. Japanese comics, or manga as fans prefer to call them are well-liked to many readers as well because of the growing popularity of manga. Studies show that 53% of women like comics more than men, which is 47%. Comic book fans come from all walks of life from long time fans to new fans use Fat Jack’s Comic Crypt.

Long time fans of comic books are usually fans of Marvel, DC(Detective Comics), Vertigo, Dark Horse, and other types of comic books as well. New, or “casual” fans read comics and/or manga that are based on a recent or upcoming movie. Free Comic Book Day is an event that is held at Fat Jack’s in which people can pick up one free comic book every year. New fans also read comics and/or manga on their favorite character in a movie, tv show, anime video game, or etc.

Fat Jack’s Comic Crypt also holds events and costume parties for comic book fans. It’s events range from cosplaying as your favorite character from a favorite comic book, anime, or video game character. On Halloween, Marvel fans come in the store dressed as Iron Man, Captain America, Ant Man, Doctor Strange, and many other characters. DC fans dress up as Batman, Superman, Green Lantern, and characters from DC shows as well. Some fans even suit up as characters from The Walking Dead, Game of Thrones. Anime characters are seen more often because of the growing popularity of anime and manga. Those fans are usually called “Otakus” and they dress up as Naruto, Bleach, One Piece, Dragon Ball Z, etc characters. Fat Jack’s Comic Crypt also holds quizzes and prizes for who has the best costume.

Fat Jack’s Comic Crypt advertises and has rights to comic books from Marvel, DC, Dark Horse, independent comics, to Japanese comics. People come in the store not only to buy comic books, but some buy t-shirts, necklaces, and other apparel as well. Without the approval from their respected media conglomerates, Fat Jack’s would close down and fans couldn’t go into their favorite comic book store anymore.

Fat Jack’s Comic Crypt’s atmosphere allows fans of old and new to experience comics any way they wish. Fat Jack’s offers new comics every week or month, but they also offer knowledge to readers who are new to comics.

Doctor Who is one of the longest running television series. Doctor Who details a time travelling, regenerating alien called Doctor Who, saving the earth and, on occasion, the universe itself. It began in 1963 as a one season science fiction … END_OF_DOCUMENT_TOKEN_TO_BE_REPLACED

Hi, my name is Quadree Breeland, I am 21, and I have a passion for Pro Wrestling. I started watching WWE around 2003-2005 and stopped watching when The Rock left the company. He was my favorite wrestler and when he left, I didn’t think there was a reason to watch WWE anymore. Then, around 2010, I started watching WWE again because of two wrestlers. John Cena and CM Punk. At that time, CM Punk was given a major rise as a WWE Superstar due to his Straight Edge Society. I was so adamant on staying away from Pro Wrestling, but I think being a fan has always been apart of me and I, myself, needed a push to watch again. After that, I couldn’t stop watching Pro Wrestling. I even educating myself about the years I missed in wrestling, going on forums, playing the recent games, subscribing to wrestling channels on YouTube, watching PPVs, etc. In pro wrestling, I love the moves, announcers, managers, the story told by the wrestlers’ sweat, blood, and tears. I am a creative guy and I would like to thank Johnny Glitter and his father for choosing me to be apart of this amazing company. I started watching Pro Wrestling in my bedroom as a middle school student and now, I’m finally apart of an amazing company with so much respect and history and it doesn’t feel real.

This is my personal blog but I currently write for WickedGoodSportsTalk and BlipTalk.org. Please check out those sites. 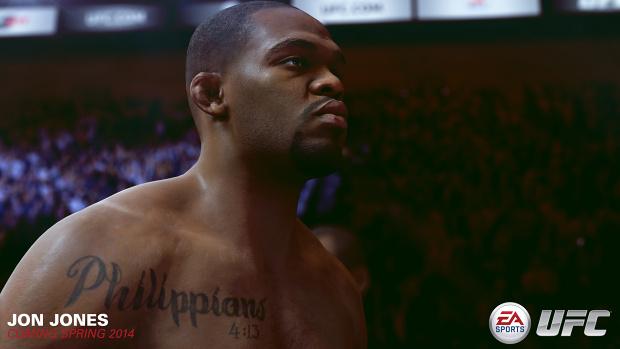 EA UFC is currently in it’s alpha stage and is set to release Spring 2014 on Xbox One and PS4.

Jon “Bones” Jones, the 26 year old UFC Light Heavyweight Champion is the first official fighter revealed for EA UFC. Jon Jones being the first fighter revealed isn’t a big shocker. He’s the youngest light heavyweight champion and his record is 19-1. His strengths are wrestling, jiu jitsu, and muay thai. Hundreds of fighters will be featured in EA UFC 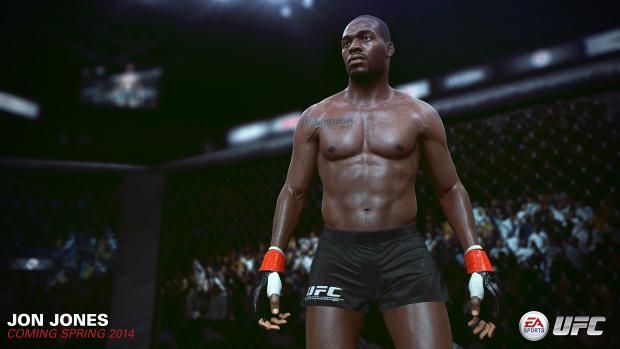 After years of a heated rivalry between the now bankrupt company, THQ, EA has finally struck a multi-year, multi-project deal with UFC to create their own UFC game. EA Canada(Fight Night Series) will develop the game. Dean Richards(Fight Night, NHL, SSX) and Brian Hayes(head of gameplay design for Fight Night Round 4 and Champion) will lead the development team for EA UFC.

Laurent Detoc stated “We had a core team. They had a good vision. They got started, and then the game wasn’t working. So they had to start again,” Detoc said. “There’s an editorial group in Ubisoft, a big group, very influential. If the game is not good enough, they say it’s not good enough. Most of the time, the team will say, ‘yeah, I know.’ But sometimes they want to continue in a direction where you say, ‘no, it’s not going to work.’ 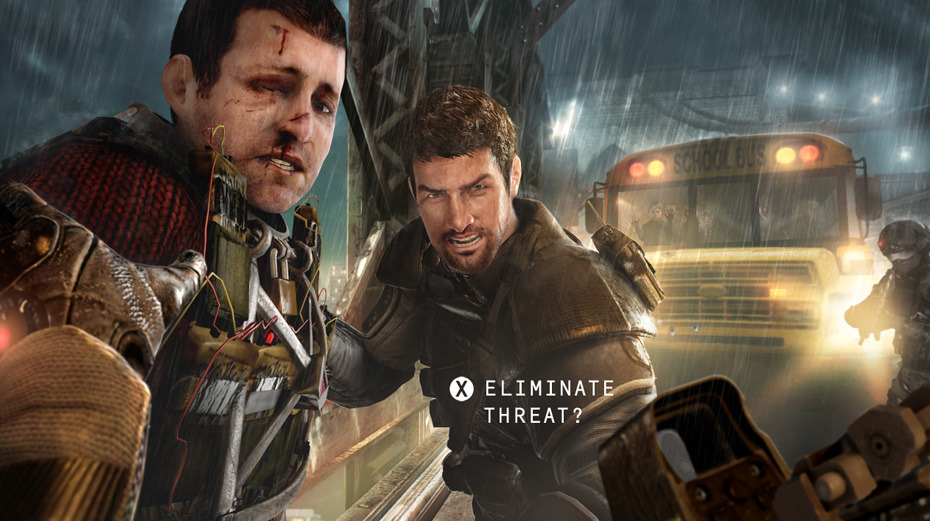 Detoc also stated “Rainbow had to be remade,” he added. “Now they’re going to have the benefit of the new consoles, if and when it comes out. It’s one of those examples where you try, it doesn’t work, you try again. If it doesn’t work, we’re not going to bring it to you.”

Rainbow Six Patriots is set in the not too distant future and in New York City, Team Patriots is called in to deal with a terrorist group known as the True Patriots, hence the name Rainbow Six Patriots. The terrorists are fashioning themselves as a populist militia group. They took initiative to be the judge, jury, and executioner of the victims during the Wall Street decay. The new leader of Rainbow Six, James Wolfe is tasked to diffuse of the situation. He believes that ethics aren’t needed with dealing with the True Patriots. As the leader, Wolfe and his team must stop the True Patriots at all costs, even at the cost of their morality. 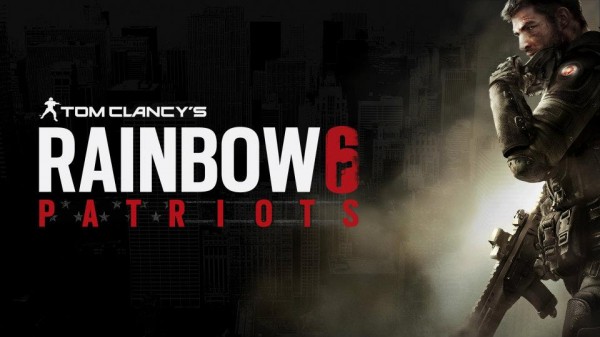 Rainbow Six Patriots is currently in development and is slated for a 2014-2015 release on next gen consoles(Xbox One, PS4, and PC) instead of current gen(Xbox 360/PS4) for the definitive Rainbow Six experience. It is currently being developed by Ubisoft Montreal with assistance from Ubisoft Toronto and Red Storm.

UBISOFT’S SQUAD BASED SHOOTER WILL RETURN!!